I came to see Adrian Kellar for back pain.  I heard that her treatment might ease the pain, which it did.  I came back again just because I was fascinated with the process.  It is hard to describe but a truly memorable and great experience.

Adrian Kellar''s BodyTalk Plus work is amazing.  She is not at this address but she is in Victoria.  She has helped me with migraines, grief processing, hip damage, and carpal tunnel.  Sessions with Adrian always help me feel centered, pain free, and energized for my life.  I have moved to Austin and don''t get to Victoria often but I have had several sessions via telephone and they were just as effective as those in person.  I would recommend her to anyone.

My grandson was diagnosed ADHD in third grade and put on Adderall XR.  He hated to take his medication and the side effects of stomach aches, low energy, crying spells, and outbursts.  He fought it each day, however, his grades and concentration in school did improve.

Unfortunately his social skills, emotional stability and self-esteem did not improve.  He seemed to have no friends.  Outbursts at home frustrated him and his family.  He was extremely unhappy and truly hated his life.

I took him to Adrian for BodyTalk Plus.  We all saw an immediate improvement.  He was calmer and less argumentative.  During the following months and with continued sessions he began inviting school mates to the house and visiting them.  HE HAD FRIENDS! Relationships with his parents and siblings improved.  The angry look on his face was replaced by a big smile.  He quit pushing his mother away and she was able to hug him again.

He now smiles often, accepts affection, and gives it in return. He genuinely likes himself and his positive attitude is heartwarming.  He wants to continue to improve himself and wants to have occasional BodyTalkPlus sessions.  He told me he was a new person.  He still takes the Adderall XR to control his hyperactivity but his body now tolerates it and he does not fight the medicine or suffer the side effects.

I have gone to Adrian for years for massage before utilizing Body Talk. I have experienced some amazing results with Body Talk. I believe that our body is so interrelated in mind, body/physical and spirit and when one is out of sync, it can have profound impact on our body in all areas. Body Talk has changed my life and has helped me on the path to becoming who God intended and intends for me to be.

Because of my experience with Adrian, I took my 6 year old daughter to her.  My daughter was in constant pain and crying due to stomach aches. Doctors ran tests and identified a bacteria that was difficult to treat. I finally turned to Adrian and after a few sessions, my daughter's symptoms were gone. 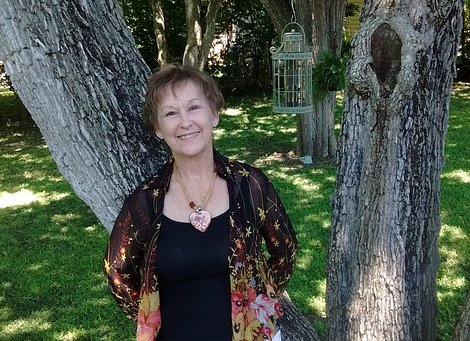 Adrian Kellar is a gifted holistic BodyTalk Plus Practitioner in Victoria, Texas.  Her work helps people create the lives they really want to be living with full support and energy.  She has trained in ever more encompassing whole-body modalities and uses that wisdom and experience to greatly benefit her clients.   Adrian’s desire is to bring life and well-being back into the body, mind, and soul.

Adrian Kellar is a Certified BodyTalk Practitioner, Reiki Master and Teacher, and trained in structural integration. She has been a body worker and a complementary health care professional for more than 35 years.  Adrian has enabled remarkable healing from disease, emotional illness, and broken spirits through her work.